How the Dual Use, Four Function Mount came to be.

The idea and process started in November of 2018 when it was decided to get back into Model Railroading after many generations. The decision was made to not use the old style, side mounted switch machines because of reliability and scenic issues. Research led to servos and Arduino. After a successful sketch was achieved, it was time to mount the servo. Existing mounts all relied on a linear, (back and forth), motion that was a problem if there was a thick base as well as other reasons. That’s when the idea formed.

Thanks to James Chambers for sharing a picture of his layout for the background. 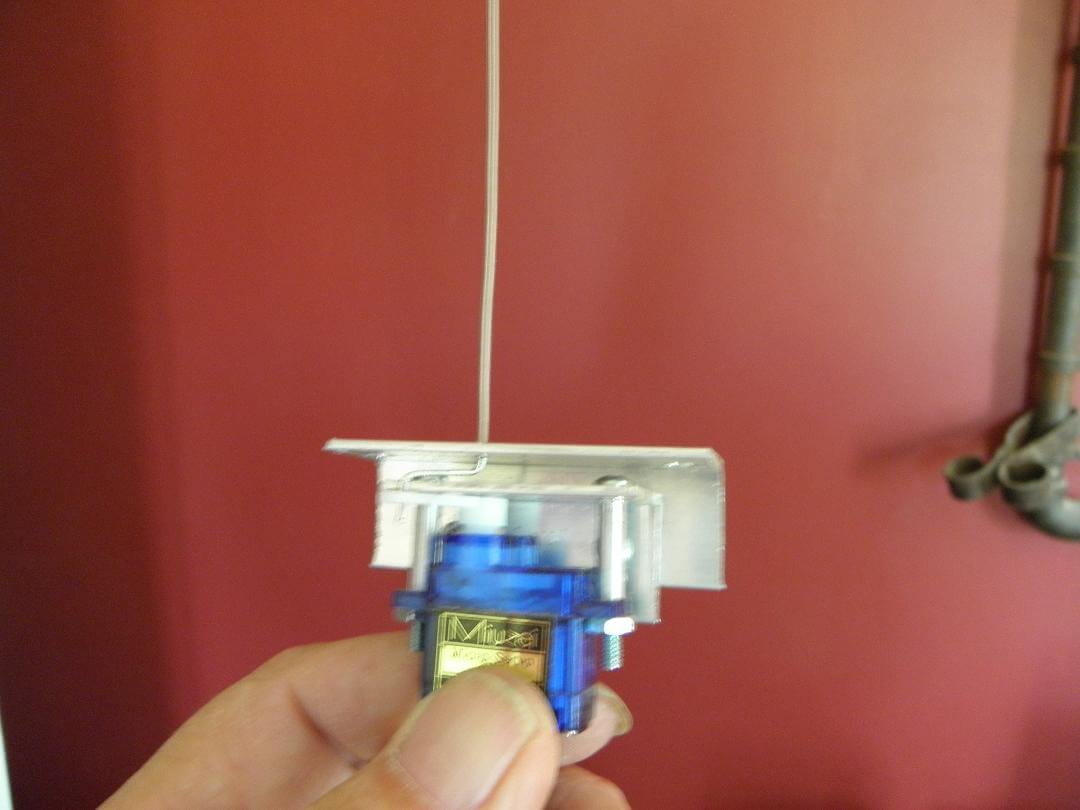 The idea was to create a mount that used an over center linkage. This would eliminate depth and orientation as problems and allow for the bulk of the install to take place from above. The 1st attempt was hand made from 2 pieces of 1 inch aluminum angle and 2, 1/8 inch ID aluminum rod to mount the servo. The designed was shared with a fellow Model Railroader and feedback received indicated there was nothing on the market like this design. That led to looking into prototypes being made. 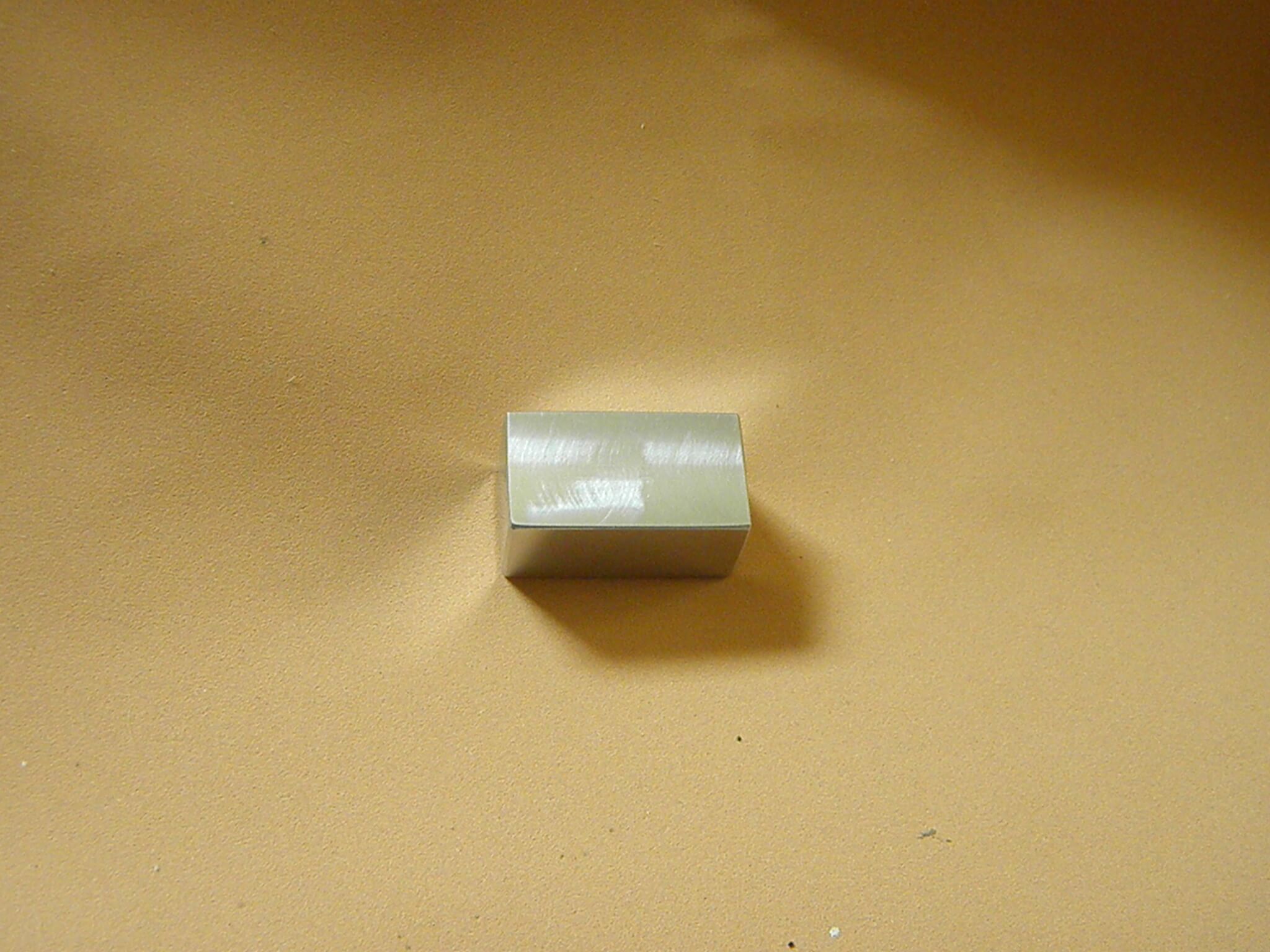 Did not take long for the 1st setback. Refined drawings were taken to a local Machine Shop to manufacture prototypes. After a week, on follow up, the machinist mentioned how many hours he had involved in the project and how many more he expected to spend. At $80 per hour, that was going to make the cost out of reach. For $160.00 this piece of aluminum was received. Lesson learned. 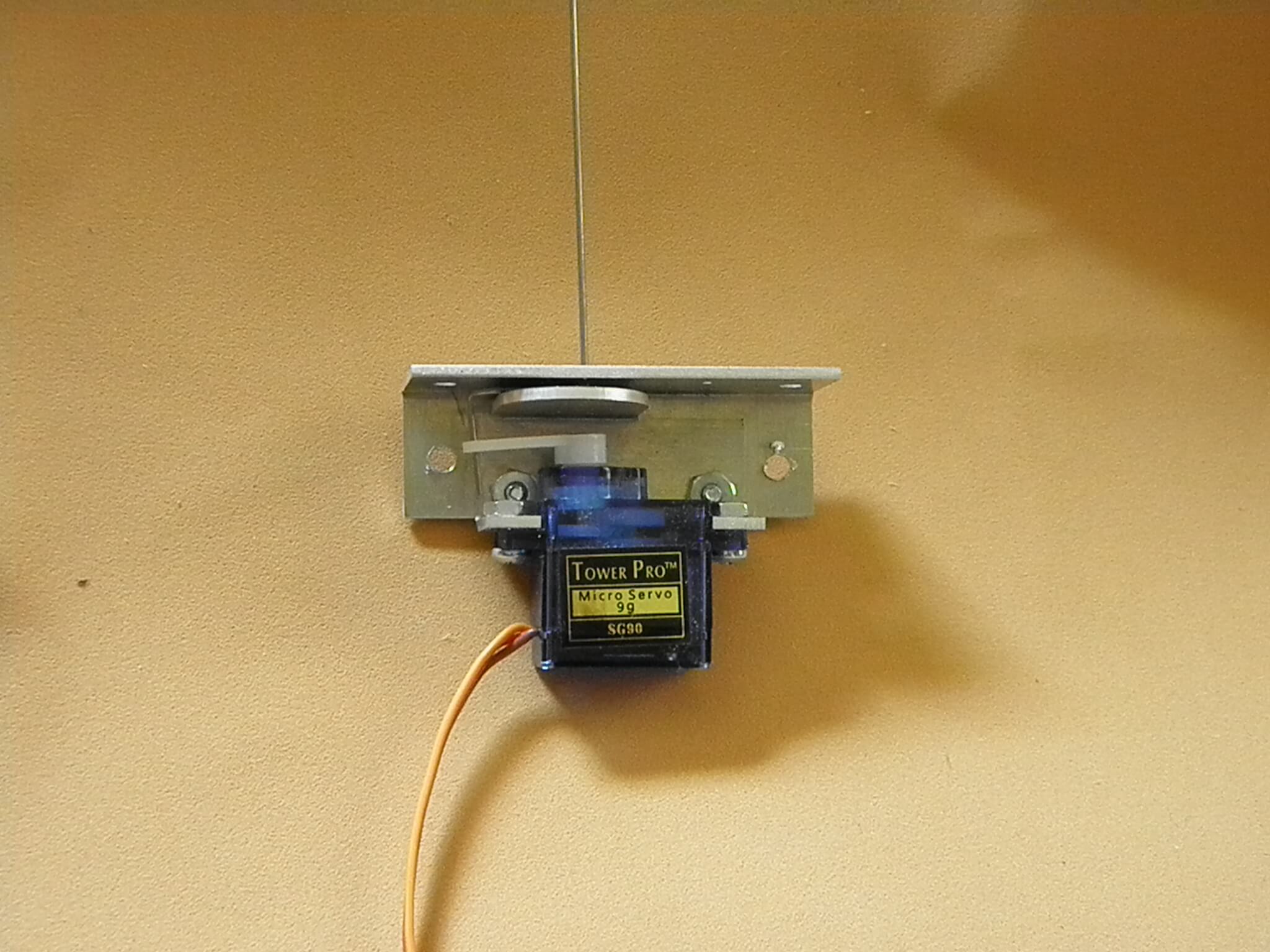 A different Machine Shop was located and after consultation, they agreed to make the mounts. There was a 20 unit minimum. After 5 weeks the mounts were received and problems noted. The hole in the top did not line up with the center of the servo. The linkage rod rest above the servo was shifted to the left slightly. The mounting screws for the 2 pieces were too low. The Shop agreed to make 5 more corrected units and the servo mount was born.
The next month was spent obtaining bids for mass production of the mount. Roughly 50 metal fabricators were contacted of which 10 or so responded back with a bid. It was apparent that cost would eliminate using aluminum. Another month went by as plastic fabricators were contacted. Again, only about 1 in 10 seemed willing to respond. Manufacturing costs varied widely even with a quantity purchase. Finally, an acceptable figure was reached with a fabricator in Illinois. 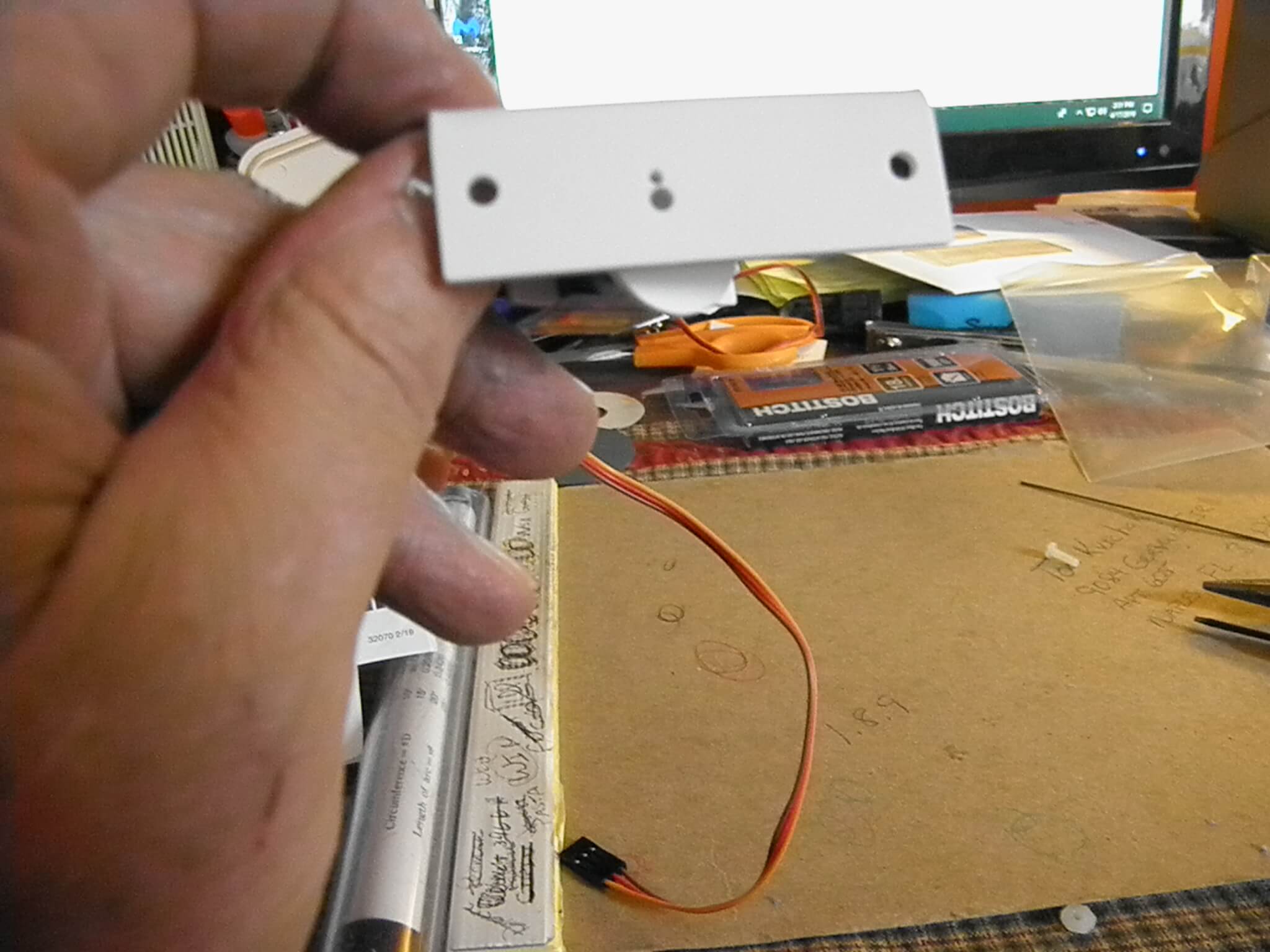 A production sample was received about 3 weeks later with 1 flaw. The linkage hole was not lined up over the center of the servo. The manufacturer had enlarged the hole in an attempt to make it work. The proper size hole and location were drilled into the mount and it was returned. 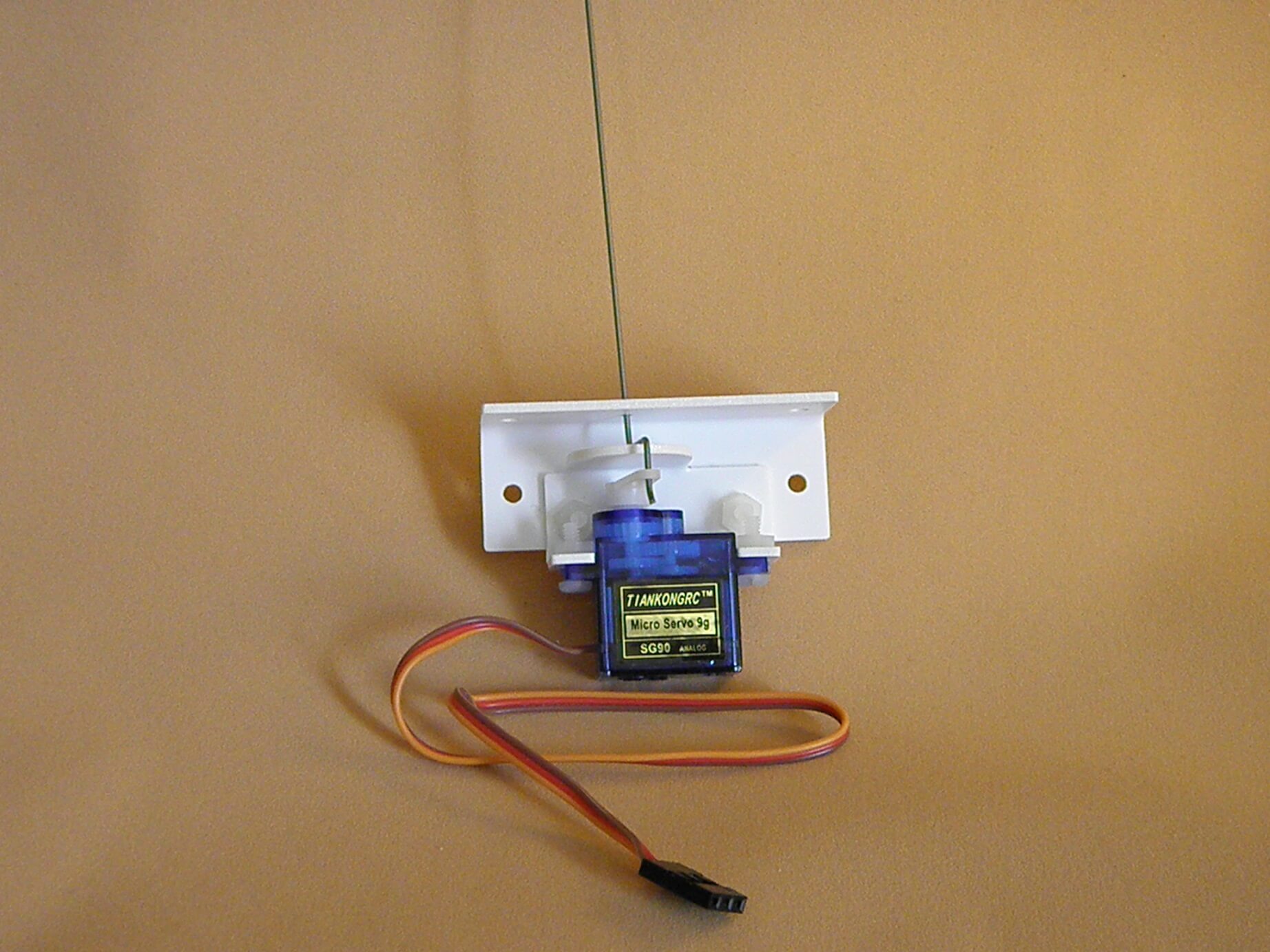 Just in time for a Train Show in March, 2019, the production units arrived. That’s when work started on the web site which has been an adventure as well. The journey continues as more dealers sign up and more modelers take advantage of the functions this mount provides.
Discussion